Pew: Majority Of Adults Get News From Social Media 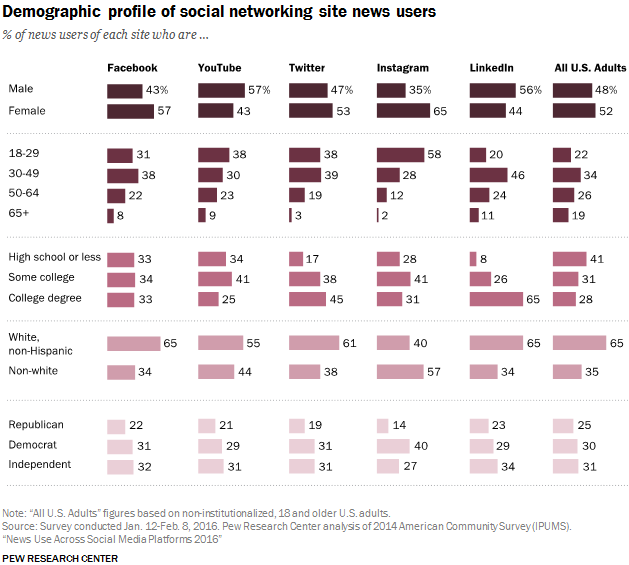 It is also useful to see how, when combined with the sites’ total reach, the proportion of users who gets news on each site translates to U.S. adults overall. Facebook is by far the largest social networking site, reaching 67% of U.S. adults. The two-thirds of Facebook users who get news there, then, amount to 44% of the general population. YouTube has the next greatest reach in terms of general usage, at 48% of U.S. adults. But only about a fifth of its users get news there, which amounts to 10% of the adult population. That puts it on par with Twitter, which has a smaller user base (16% of U.S. adults) but a larger portion getting news there. 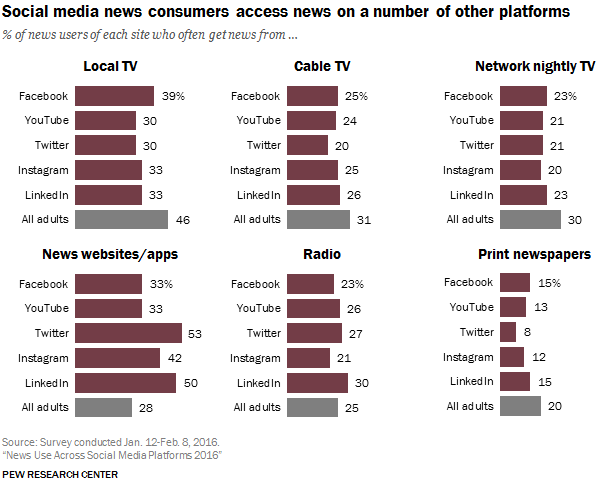 Social media news consumers still get news from a variety of other sources and to a fairly consistent degree across sites. For example, across the five sites with the biggest news audiences, roughly two-in-ten news users of each also get news from nightly network television news; about three-in-ten turn to local TV. One area that saw greater variation was news websites and apps. Roughly half of Twitter and LinkedIn news consumers also get news from news websites and apps, while that is true of one-third of Facebook and YouTube news users.
Posted 3:46:00 AM