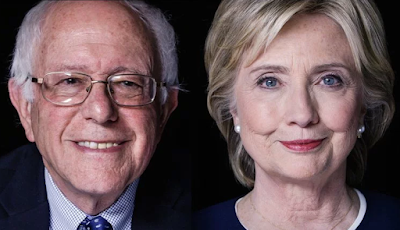 Hillary Clinton, the front-runner in the race for the Democratic presidential nomination, turned down on Monday an invitation by Fox News to debate rival Bernie Sanders in California, despite having agreed previously to a debate in May.

"We believe that Hillary Clinton's time is best spent campaigning and meeting directly with voters across California and preparing for a general election campaign that will ensure the White House remains in Democratic hands," her campaign said in a statement.

Sanders had already agreed to participate in the event to be hosted by Fox News, following a series of heated exchanges during their fifth debate in April in New York.

“Naturally, Fox News is disappointed that Secretary Clinton has declined our debate invitation, especially given that the race is still contested and she had previously agreed to a final debate before the California primary," Bill Sammon, Fox News VP and Washington Managing Editor said in a statement.

Sanders’ campaign tentatively accepted the invitation last week under the assumption they could reach a "mutual agreement” with Clinton.

Sanders said in a statement Monday night he was "disappointed but not surprised" by Clinton's decision not to participate.

“The state of California and the United States face some enormous crises. Democracy, and respect for the voters of California, would suggest that there should be a vigorous debate in which the voters may determine whose ideas they support. I hope Secretary Clinton reconsiders her unfortunate decision to back away from her commitment to debate.

"I also would suggest that Secretary Clinton may want to be not quite so presumptuous about thinking that she is a certain winner. In the last several weeks, the people of Indiana, West Virginia and Oregon have suggested otherwise," he said.

"I am disappointed but not surprised by Secretary Clinton’s unwillingness to debate before the largest and most important primary in the presidential nominating process," Sanders said in a statement.