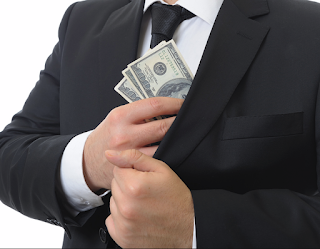 A bombshell trade report lands next month which will reveal whether US advertising agencies accept rebates from media companies, and whether those agencies are transparent about disclosing them and passing them back to their clients, sources told Business Insider.

The report, commissioned by advertiser trade body the Association of National Advertisers (ANA), is set to be more "explosive" than many people in the industry were prepared for, these sources say, because it will lay bare the practices media agencies use to make hidden margins on their advertising buys.

A previous report on the same issues from the ANA, published in 2012, was widely ignored.

The new findings are set to make many marketers sit up and take notice. Ad agency contracts generally say that client money should be spent transparently and honestly. Any indication that cash is instead being siphoned into schemes that only benefit agencies will cause trouble.

One source, who is aware of the report's findings, told Business Insider there have been suggestions of the possibility of "jail time" for executives found to have been deliberately in breach of their contracts. 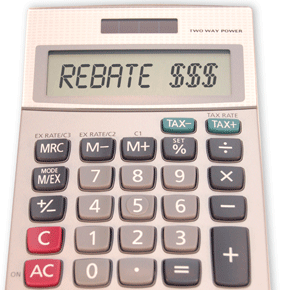 Media agencies are paid by advertisers to secure them the best and most efficiently priced advertising slots. However, one of the issues is whether buying agencies are actually securing the most strategic slots for advertisers, or whether they've made a previous agreement with a media owner to spend a set amount of their clients' ad dollars in order to receive a rebate.

Rebates are standard media-buying practice in certain countries in Europe and Brazil. But they are not meant to exist in the US. Any sort of incentive is supposed to be disclosed and returned to the advertiser, unless otherwise previously agreed in the contract.

Media agencies are supposed to spend their clients' money where the client will get the best value, not just where the agency gets the biggest benefit. Credits, or freebie ad slots — which were granted precisely because an advertiser spent so much with a media owner — are supposed to be returned to the client not sold on for the agency's gain. And rebates aren't supposed to be hidden income for other parts of the agency business, such as an agency group's barter, or programmatic, or international operations, which are harder for clients to audit.

Some agencies argue that such volume-discount rebates belong to the agency to reward them for their bulk-buying power. That's the benefit of working with a big global agency, as opposed to a smaller independent — and if clients are unhappy, they shouldn't sign the contracts.

Business Insider does not yet know precisely which — if any — of these nontransparent practices the report will address, but sources told us the impact of the report's findings will be huge.
Posted 8:16:00 AM