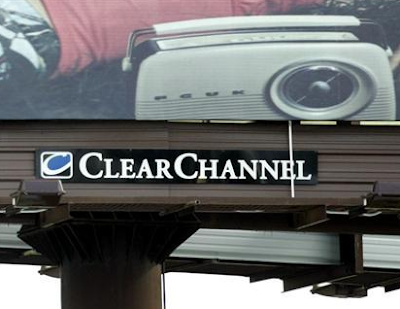 iHeartMedia shouldn’t be allowed to treat its Clear Channel Outdoor Holdings unit like a piggy bank and siphon off revenues to repay debts, according to a shareholder suit.

According to Bloomberg, Gamco Asset Management Inc., which owns almost 10 percent of the outdoor-media subsidiary’s publicly traded shares, accused CCOH’s board of violating a duty to protect its shareholders by always acting in the best interest of the parent company at the expense of the subsidiary.

Gamco particularly complained about an agreement that automatically routes daily CCOH revenues to iHeart. The deal leaves the outdoor unit “‘unable to exploit business opportunities” and with a “virtually uncollectible receivable" from its parent company of $640 million, Norman Monhait, Gamco’s lawyer, said in Thursday’s filing in Delaware Chancery Court..

The outdoor media company’s board considers Gamco’s suit to be without merit and “takes seriously its responsibilities to the company and to all CCOH stockholders,” Wendy Goldberg, iHeart’s spokeswoman, said in an e-mailed statement. “The board established a special committee of independent directors in 2013 for the specific purpose of monitoring the intercompany note between CCOH” and its iHeart parent.

Gamco backed iHM in the recent Texas trial between the company and some of its senior lenders,who lost a battle to declare defaults on about $6 billion of notes after iHeart shifted 100 million CCOH shares to a unit beyond the lenders’ reach. The judge agreed with iHeart and Gamco that the share transfer was permitted under company loan terms. But, in a separate filing in the San Antonio case, Gamco said iHeart’s valuation of that deal at $500 million was “wrong.”

“It appears that the iHeart defendants are already preparing for bankruptcy, which would freeze iHeart’s ability to repay” the money it owes the outdoor media unit, Monhait said in asking for a speedy trial.

Gamco asked the Delaware court for a September trial of the complaint, which also names the company’s individual board members, Bain Capital and TH Lee as defendants.