“The World’s Greatest Entertainer” (a billing he gave himself), ushered in the era of sound movies with The Jazz Singer in 1927.  He had his own high budget radio shows (Shell Chateau in the 30’s, Kraft Music Hall in the 40’s) and was a frequent guest on other radio variety shows.


In 1903...Canadian radio pioneer Reginald Fessenden was granted a patent for the liquid barretter microphone.

In 1911...actor Ben Alexander was born Nicholas Benton Alexander in Goldfield Nevada. A child actor in the silent era, he moved into radio announcing, and was virtually retired when Jack Webb chose him to be his Dragnet partner, officer Frank Smith, first on radio & then TV. He later starred in a second police TV series, Felony Squad. He died July 5, 1969 at age 58.

She was among the few singers who can handle any type of song — pop, ballad, country, rhythm-and-blues or jazz. Benny Goodman gave her her stage name when she performed with his band from 1941 to ’43. Lee went out on her own after marrying Goodman’s guitarist, Dave Barbour. Her hit records included “Manana (mahn-YAH’-nah),” ”Fever” — a cover of Little Willie John’s r-and-b song — and ”Is That All There Is?” Peggy Lee died of a heart attack January 21st, 2002. She was 81.


In 1933...Jimmie Rodgers, the “Father of Country Music,” died of tuberculosis in New York City at age 35, just two days after making his final recording.

He was so ill during his final recording sessions that he had to rest between takes on a cot.  Jimmie Rodgers recorded his first million-seller “T for Texas,” also known as “Blue Yodel,” in 1927, becoming country music’s first superstar. He never appeared on any major radio show or played the Grand Ole Opry. But he, Hank Williams and songwriter-publisher Fred Rose were the first to be elected to the Country Music Hall of Fame in 1961.


In 1940...CBS Radio first presented “Invitation to Learning”.  The 30-minute Sunday morning program that featured a discussion of great books, with Lyman Bryson as host, continued for 15 years.


In 1962...the original version of “Twist and Shout,” by the Isley Brothers, was released. The song was revived two years later by the Beatles.


In 1971...Don McLean was in New York to record his soon-to-be iconic signature song “American Pie.” 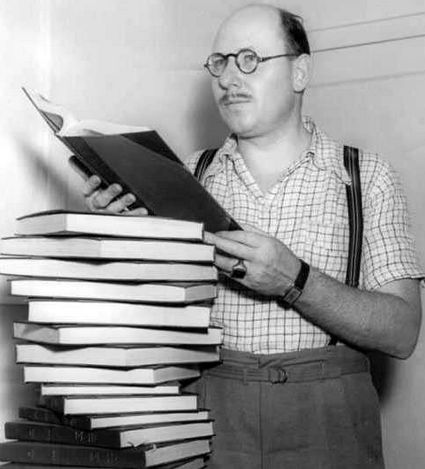 "One Man's Family" centered on a family in the well-to-do Sea Cliff area of San Francisco, overlooking the Golden Gate Bridge. The tribulations of its main characters, Fanny, Henry and Jack Barbour, dominated the national airwaves from the time the show began in 1932 until it went off the air in 1959 after 3,256 episodes.
He covered radio and police news for The Sacramento Union before moving to San Francisco, where he worked for several newspapers, including The Call, The Bulletin and The Chronicle. He took a writing job at NBC in 1929 and went on to became a legendary radio pioneer.

At its peak, "One Man's Family" rivaled "Amos 'n' Andy" in popularity.

His first broadcast at WMCA was on 18 August 1961. He started on the graveyard shift overnight but from 1962 to 1968 he played the top 40 hits from 4 pm to 7 pm. The station produced a survey of the current sales in New York record stores and Dandy Dan gave the countdown of the week's best sellers every Wednesday in this late afternoon slot.

From 1968 to 1970, he did the early morning drive-to-work slot before leaving WMCA after nearly nine years; his final broadcast was on 11 July 1970.

Dan was heard coast-to-coast on NBC Radio's "Monitor" in the summer of 1973.

Although he earned a degree in teaching, Linkletter worked as a radio announcer at KGB in San Diego. Radio paid better than teaching, and Linkletter directed radio programs for fairs and expositions in the mid-1930s. In the 1940s Linkletter lived in San Francisco and worked in radio.  In the 1940s, Linkletter worked in Hollywood with John Guedel on their pioneering radio show, People Are Funny, which employed audience participation, contests and gags. The series served as a prototype for future radio and television game shows. People Are Funny became a television show in 1954 and ran until 1961.

Linkletter declined the opportunity offered by his friend Walt Disney to build and operate the Disneyland Hotel due to Linkletter's doubts about the park's prospects. But, out of friendship for Disney, Linkletter volunteered his experience as a live program broadcaster to help organize ABC's coverage of the Disneyland opening in 1955.

Besides being an on-air host, he recruited his two co-hosts: Ronald Reagan and Bob Cummings. The park opening experience convinced Linkletter Disneyland was going to be a huge success. When Disney asked what he could do to show his gratitude for the broadcast's role in the successful launching of the park, Linkletter asked for Disneyland's camera and film concession for its first ten years, to which Disney readily agreed. This turned out to be very lucrative.  He appeared for two stints of two weeks each, as a guest host of The Tonight Show in 1962 between Jack Paar's departure and Johnny Carson's arrival as its new host.

In the 1950s, Linkletter became a major investor in and promoter of the hula hoop.
Posted 2:59:00 AM