However, Net losses stood at a painful $194m, but these grew much slower - widening by just 6.7% compared to 2014 according to Music Business Worldwide.

In a financial filing in Luxembourg uncovered by MBW, Spotify told its investors that "in many ways, [2015] was our best year ever".

Meanwhile, subscription revenues grew by a slightly slower pace, up 78% to $1.95bn.

In terms of Spotify's total $2bn+ income, ads therefore claimed 10.1% - an improvement on the 9.2% share seen in 2014, but another reminder of how heavily the company relies on people paying for premium accounts. 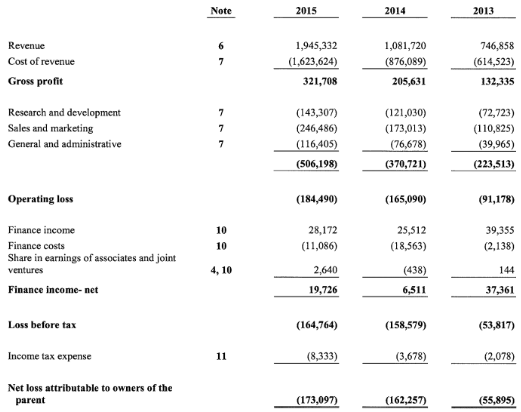 Spotify's payouts to the music industry (categorized as 'royalty, distribution and other costs') hit $1.83bn up 85% year-on-year, no doubt due to some hefty advances.