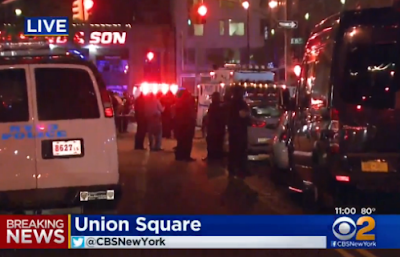 One man was killed and three others were wounded Wednesday night during a concert at Irving Plaza in Union Square.

Shots were fired at the concert venue, at 17 Irving Plaza, around 10 p.m., officials told CBS2.

The shooting happened in the third-floor green room area at the venue, Chief of Manhattan South Detectives William Aubry said at a news conference.

Hip-hop artist T.I. had been scheduled to perform that night, but two other performers – Maino and Uncle Murda – were on the stage at the time, Aubry said.

Four people were struck by gunfire in the shooting.