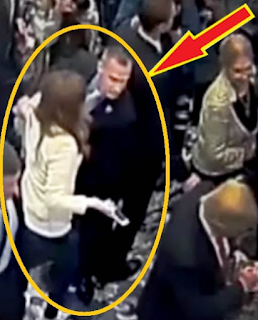 Former Breitbart reporter Michelle Fields will return to reporting on Donald Trump Monday after a nasty feud with the campaign led to her resignation in March. Fields will be working for the Huffington Post.

"After the tumultuous events of the last few months, I am ready to get back to writing and reporting on what is without question the most bizarrely fascinating presidential race of my lifetime (and, perhaps, any lifetime)," Fields said in a statement provided to CNN Money late Sunday evening.

After Fields alleged Trump campaign manager Corey Lewandowski assaulted her when he grabbed and yanked her arm as she attempted to ask the candidate a question at an event in Florida, she left Breibart saying she didn't believe the news outlet "adequately stood by me."

Palm Beach County prosecutors declined to pursue a case against Lewandowski, though police had charged him with simple battery.

According to the Washington Examiner, Huffington Post Washington bureau chief Ryan Grim said Fields is "one of the most widely read chroniclers of the conservative movement," according to CNN Money. While Fields has spent her entire career working for conservative media, her stint with the Huffington Post will be her first working for a news organization run by a liberal — Arianna Huffington.


So excited to share with you all that I've joined @HuffingtonPost https://t.co/nilzyPLNbP
— Michelle Fields (@MichelleFields) May 22, 2016


Lewandowski has refused to issue an apology to Fields, even going as far as calling her "delusional." The Trump campaign has defended Lewandowski, despite calls for the presumptive Republican nominee to fire him. Trump himself has said he "can't destroy a man" for an incident like that.

Last month Fields said the Trump campaign "defamed" her and floated the idea of pursuing a defamation lawsuit.
Posted 3:14:00 AM