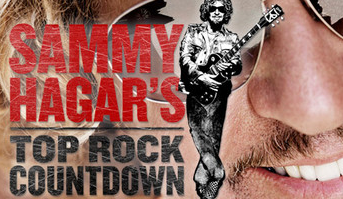 The program, which has been on the air for exactly one year, was formerly produced and distributed by the Envisage Radio Group with ad sales handled by USRN, but effective immediately, United Stations, Sammy Hagar and TC Management have struck a deal for United Stations to oversee all network functions for the program going forward. The announcement comes from United Stations EVP/Programming, Andy Denemark, in New York and Tom Consolo in Los Angeles.

Sammy Hagar’s Top Rock Countdown airs for two hours each weekend on rock radio stations of every description. The two-hour show is programmed thematically each week as Host Sammy Hagar presents his Top 20 songs related to the subject matter of Sammy’s choice. One week it might be songs about cars and driving… another week it might be songs about cities… and yet another week the show might be pegged to a current holiday.

The program was launched in the spring of 2015 and now boasts a station lineup that reaches over 90 rated markets and includes legendary call letters like WLUP, KSHE, KGON and more.
Posted 3:11:00 AM