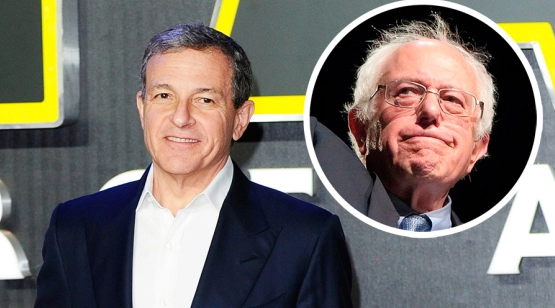 Bernie Sanders continued to attack The Walt Disney Co. over what it pays to employees at Disneyland, even as the company and CEO Robert Iger have pushed back at his rhetoric as Sanders campaigns in California, reports Variety.

“The company makes billions of dollars in profit, but they are paying workers [at Disneyland] wages that are so low that many of the workers cannot find housing and they have to stay in hotels,” Sanders told supporters at a rally in Lancaster on Wednesday evening.

After Sanders raised the same criticisms of the company at a rally in Anaheim on Tuesday, Iger wrote on Facebook “To Bernie Sanders: We created 11,000 new jobs at Disneyland in the past decade, and our company has created 18,000 in the U.S. in the last five years. How many jobs have you created? What have you contributed to the U.S. economy?” His posting was first reported by The Wrap.

A company spokesman also pushed back on Sanders’ comments, noting the company’s job growth. “Mr. Sanders clearly doesn’t have his facts right. The Disneyland Resort generates more than $5.7 billion annually for the local economy, and as the area’s largest employer has added more than 11,000 jobs over the last decade, a 65% increase.  These numbers don’t take into account our $1 billion expansion to add a Star Wars-themed land, which will create thousands of additional jobs across multiple sectors.”