US Pummets In Free Press Rankings 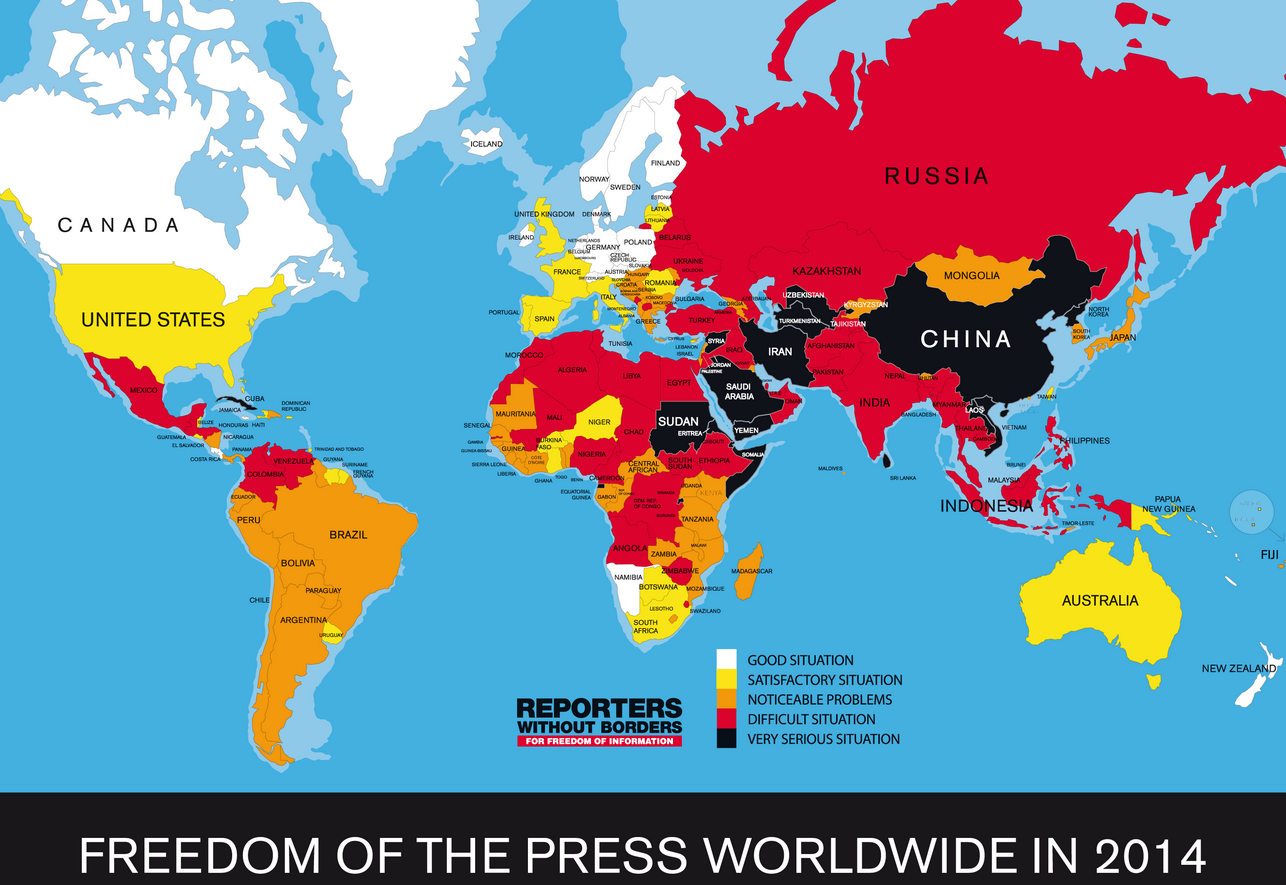 According to a new report from Reporters Without Borders, there was a profound erosion of press freedom in the United States in 2013, writes Josh Stearns at freepress.net.

After a year of attacks on whistleblowers and digital journalists and revelations about mass surveillance, the United States plunged 13 spots in the group’s global press freedom rankings to number 46.

According to Stearns, Reporters Without Borders writes that the U.S. faced “one of the most significant declines” in the world last year. Even the United Kingdom, whose sustained campaign to criminalize the Guardian’s reporters and intimidate journalists has made headlines around the world, dropped only three spots, to number 33. The U.S. fell as many spots as Paraguay, where “the pressure on journalists to censor themselves keeps on mounting.”

Citing the Justice Department’s aggressive prosecution of whistleblowers, including its secret seizure of Associated Press phone records, the authors write that “freedom of information is too often sacrificed to an overly broad and abusive interpretation of national security needs, marking a disturbing retreat from democratic practices. Investigative journalism often suffers as a result.”