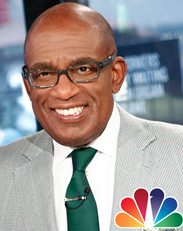 UPDATE FRIDAY 10AM:  NBC meteorologist Al Roker addressed his flap with New York City Mayor Bill de Blasio on the “Today” show Friday, saying he apologizes for one “low blow” but stands by his criticism.  “I will say, the one tweet I do regret in the heat — I’m very passionate about the weather,” Roker said on “Today” Friday. “I made a prediction that there would be only one term of his administration. I apologize for that. That was … a little below the line. But everything else, I still stand by, including the fact that the National Weather Service did forecast that on Wednesday.”

NBC meteorologist and Today show co-host Al Roker slammed New York City Mayor Bill de Blasio on Twitter yesterday long-distance from Sochi, Russia, for not closing public schools for the winter storm that hit most of the East Coast and dropped some 10 inches of snow on the city.

Roker, whose daughter attends public school in New York, first tweeted, "It's going to take some kid or kids getting hurt before this goofball policy gets changed," then followed that up with some political commentary:


When de Blasio was asked at a news conference soon after about Roker's comments, he said, "I respect Al Roker a lot, watched him on TV for many, many years, it’s a different thing to run a city than to give the weather on TV. I respect all the meteorologists out there, but the one I respect the most is called the National Weather Service . . . and they just affirmed to us on the call before we came out to you, that this went faster and heavier than their projections last night."

That led Roker to furiously tweet that de Blasio was throwing the National Weather Service under the bus, and that the forecast had been right, declaring, "Don't blame weather for YOUR poor policy."

How dare @NYCMayorsOffice @NYCSchools throw NWS under the school bus. Forecast was on time and on the money
— Al Roker (@alroker) February 13, 2014