It was once thought that streaming music on the internet, through services like Pandora, gave consumers a chance to “try before they buy” music in either physical or digital formats. Research from Stage of Life suggests that that trend may be dissipating, however, especially with teens and college students, reports eMarketer.

According to StageofLife.com, in August, 49% of teens and college-age consumers reported spending zero dollars per month on music. Rather than buying iTunes singles or CDs of even their favorite artists, this age group copies music from friends, downloads free songs from music websites and streams music online. 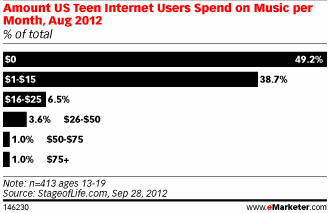 The 16-to-20-year-old age group streams the most music content, according to EMI Insight. Almost half of that US demographic streamed music in 2011. The second-highest demographic concentration of streamers was the 21-to-24 age group, with 46% penetration. 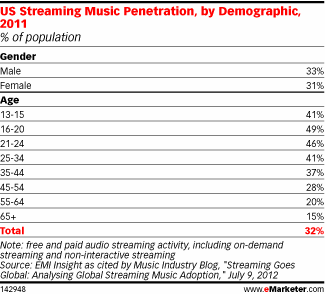