Taylor Swift’s “Red” In The Black 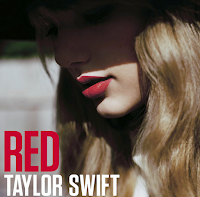 The 22-year-old Taylor Swifts's fourth studio album, released Oct. 22, had one of the best debuts in history, selling 1.208 million copies last week, according to Nielsen SoundScan.

USA Today reports that's the highest single-week sales total in a decade, since Eminem's The Eminem Show rang up 1.322 million in 2002.

Red set a single-week sales record at iTunes, where it sold 464,000 copies. At Target, which offered a version of Red that included a bonus CD containing six additional tracks, Swift sold more than 400,000 units -- the highest total for any album in the retailer's history.

Additionally, Red has sold more than 4.5 million individual downloads, led by 2.4 million-plus copies of single We Are Never Ever Getting Back Together.

Swift's 2010 Speak Now album sold 1.047 million in its first week and has gone on to move a total of 4.2 million units. Swift has sold more than 17 million albums since releasing her self-titled debut in 2006.

Since SoundScan began tabulating sales in 1991, Red is the 18th album to reach the seven-figure mark in a single week, and Swift becomes the only female act to accomplish the feat twice.