UPDATE 11/9/12 6AM:  According to Gene (Bean) Baxter  "The last five days have been a whirlwind since we announced on the Kevin & Bean show that I will be donating a kidney to long-time KROQ engineer Scott Mason. Surgery is scheduled Nov. 13." 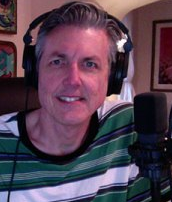 Alternative Rock fans of KROQ 106.7 FM in LA were surprised to hear today that Gene ' Bean' Baxter of the Kevin & Bean morning show,  is going to be away from the show a few days over the next two weeks.  He’ll be off syndicated show so he can prepare for surgery to donate one of his kidneys to a friend Scott Mason.

Bean posted a personal statement on the KROQ website:

I am donating it to a friend of mine, and maybe one of yours if you are a long time KROQ fan, named Scott Mason. Scott has worked for the station for a very long time, at one time as a DJ and programmer, and in recent years as the head of engineering.

Scott has had medical issues for much of his adult life, including his kidneys failing, and that led him to have a transplant from a cadaver back in 1999. Well, now that one has failed too and Scott is back on dialysis for many hours a week. The kidney processes waste out of the blood and without one your body is being poisoned all the time. The dialysis helps but is a temporary solution. You only get off the machine if you get a new kidney or you die.

You may know I live in Seattle and do the Kevin & Bean show from my house. Scott visits once a year to do maintenance and upgrades on my studio equipment and it was during his most recent visit last spring that I noticed how unwell he looked.

This decision was a no-brainer for me. The disruption in my life should be minimal. There will be some discomfort for a few weeks after surgery but after that my life should go on almost exactly as before. One of the things I’ve learned is that we have two kidneys and when one is removed the other one steps up and works harder so that instead of the expected 50% remaining function I should have about 80%. Scott will go from nearly 0% to that same 80% and that will improve his quality of life dramatically.