KMOX 1120 AM Radio hosts Charlie Brennan and Debbie Monterrey pose in the studio after Charlie’s final show at One Memorial Drive in St. Louis on October 29, 2012. KMOX Radio, which signed on the air in 1925, is moving its studios and offices from their location over looking the Gateway Arch for the past 44 years to a location about eight blocks away. 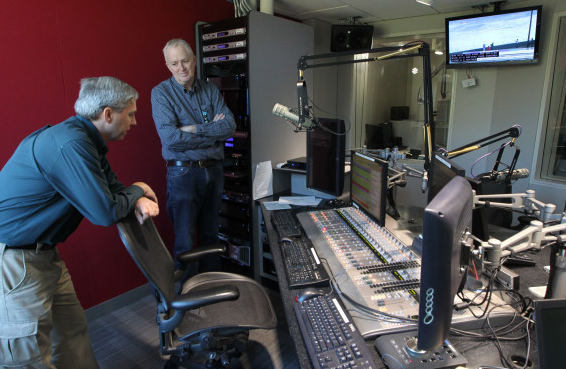 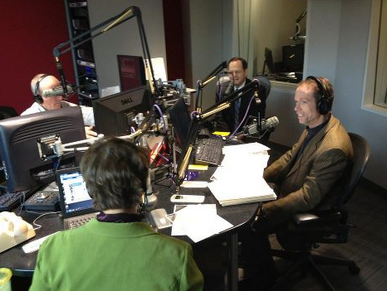