The Least Liked Holiday Songs Of 2012

When it comes to holiday music, one particular novelty song is still a total dog, according to Sean Ross for Edison Research. 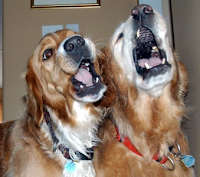 “Jingle Bells” by the Singing Dogs—the 1955 version of the holiday standard that is actually barked, not sung, is still the most-disliked holiday song, according to a new holiday music test by Edison Research. The Singing Dogs are joined in the Ten Most-Disliked holiday songs by another equally disliked take on “Jingle Bells,” other holiday novelties going back to the ‘40s, and the less-than-reverential “South Park” take on “O Holy Night.”

Edison conducted a nationwide study of more than 200 women, ages 30-to-49, who said they liked or loved hearing Christmas music on the radio. The research, done on behalf of Adult Contemporary radio stations that go all-holiday music during November and December, follows similar research in 2004 and 2007. It’s the first test to include recent holiday music from Taylor Swift, Michael Bublé, Lady Antebellum, the “Glee” Cast, Justin Bieber, and more.

Since 2004, Edison’s research has shown a preference for the holiday standards. This year’s best-testing holiday song was the late Andy Williams’ “It’s The Most Wonderful Time of the Year.” Newer holiday songs have a hard time gaining attention, which is why all-holiday formats often tend to concentrate on multiple interpretations of holiday mainstays. However, certain other holiday novelties, such as “You’re A Mean One, Mr. Grinch,” continue to test well.

These are the ten most-disliked holiday songs of 2012 in descending order: