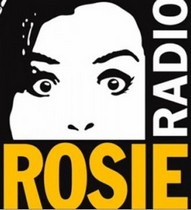 According to a posting by Rick A. Munarriz at fool.com, the last live installment of Rosie Radio is coming on June 1, but the comedienne's new talk show gig on television will also make its way to satellite radio.

O'Donnell is moving to Oprah Winfrey's OWN this fall. The daily talk show -- Rosie -- will air on Sirius and XM the same day it airs on the struggling cable network.

Yes, it's fair to call OWN a "struggling" network. The collaboration between Discovery Communications and Winfrey's Harpo Productions has been a ratings dud since taking over the Discovery Health Channel back in January. OWN's CEO was booted last week.

Will Sirius XM listeners feel cheated? We don't know how many listeners migrated to satellite radio to catch the 2009 debut of Rosie Radio. Those that did are unlikely to be satisfied with non-exclusive broadcasts of a television show. Premium radio and hand-me-down content aren't compelling bedfellows.

The programming shift also comes just as Sirius XM is weeks away from fulfilling the three-year freeze on primary rates that helped it win regulatory approval for the merger between Sirius and XM. If things go according to plan, Sirius XM will have the freedom to bump its $12.95 monthly rate higher this summer. The move will be harder to justify if proprietary content isn't on the rise.