Whitney Houston Checks Back Into Rehab 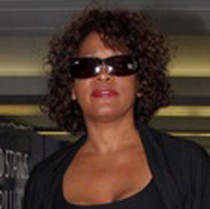 The singer, who has struggled with addiction for years, is undergoing treatment in an outpatient program for drug and alcohol treatment, according to a story by christina Everett at nydailynews.com.

The 47-year-old is said to have voluntarily checked herself into treatment to support her "longstanding" recovery process.

In 2004, Houston entered rehab for substance abuse. Before admitting her problems, she had dismissed rumors of her drug use in a now-infamous sitdown interview with Diane Sawyer.

"Crack is cheap. I make too much for me to ever smoke crack," Houston said at the time. "Let's get that straight, okay? I don't do crack. I don't do that. Crack is whack."

Houston received treatment again in 2005 under the order of her mother, Cissy Houston, who petitioned a Georgia court to order the singer to rehab.

Marking her return to music with a comeback album in 2009, Houston declared herself healthy and clean.

However, her 2010 tour overseas was plagued with problems.