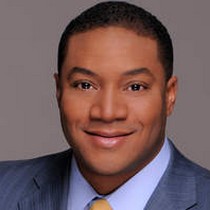 In an eerie deja-vu, the sudden death of another black male lead sports anchor for WMAQ-Channel 5 has left officials and staff at the NBC-owned news station reeling.

According to a story by Laudlyne Ihejrika at suntimes.com, sports anchor Daryl Hawks, who joined Channel 5 in July 2008, was found dead Thursday in his hotel room in Atlanta, where he had gone to cover Thursday night’s Game 6 of the Bulls-Hawks NBA playoff series.

Hawks, of River Forest, was 38 — only a year older than the late NBC5 sports anchor Darrian Chapman, who had been at the station only 16 months when in October 2002 he collapsed and died suddenly while playing a game of hockey.

“We are all stunned right now,” Frank Whittaker, NBC5’s Station Manager and Vice President of News, said. “Daryl was a great member of our sports team, and was so excited about covering the Bulls during this playoff run.”

Hawks leaves behind a wife, Sandy, their children ages 5 and 2, and a teenage son from a previous relationship.

Hotel employees found Hawks unresponsive in his room at about 9:30 a.m. Thursday, according to the news station.

Hawks was rushed to Emory University Hospital, where he was pronounced dead at 11:48 a.m.