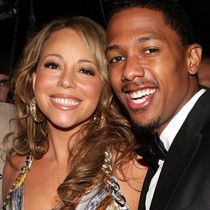 New parents Nick Cannon and Mariah Carey should still be blissed out on baby joy with less than two weeks passing since their twins' birth, but the couple is reeling from a shocking accusation, according to a story by Shari Weiss at nydailynews.com.

"The Child Protective Services were called with allegations that there was some drinking and drugs and all that going on while in the hospital," Cannon revealed during a pretaped appearance on Thursday's "Piers Morgan Tonight."

The babies, daughter Monroe and son Moroccan, were born April 30 and remain hospitalized with Carey, 42.

Cannon, 30, said the false rumor began when "a nurse suggested to my wife that if you drink Guinness … the yeast improves breast-feeding."

"I don't know if someone overheard that," he explained, "but then they were saying that my wife was drinking beer and all this stuff."

And it culminated with a visit from a CPS worker, who approached Cannon in one of the hospital's hallways on Tuesday.

The 92.3 NOW (NYC) morning show host said the incident proves that "people will do anything to try to conjure up a story."