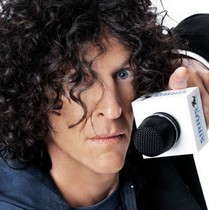 Originally Posted: 11 May 2011 09:03 PM PDT
There is new news in the Howard Stern lawsuit against Sirius XM, and it is quite interesting, according to a story by Spencer Osborne at  Sirius buzz.com.

The company admits that many facts alleged by Stern, Buchwald, and One Twelve media are indeed accurate, and contends that the lawsuit centers on one pivotal issue. That issue is whether XM subscribers should be counted in the numbers tied to the performance section of the contract with The King of all Media. According to Sirius XM that answer is a resounding NO.

The company did pay Stern $25 million, and Buchwald $2.5 million when the merger with XM was completed, a fact that perhaps most investors were not aware of. The crux of this case centers on how the term “Sirius Subscribers” is defined according to the company. It is Sirius XM’s contention that XM subscribers would not be counted under the Sirius umbrella with or without the merger.