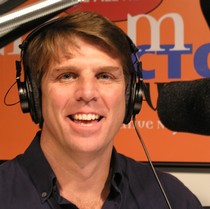 Charles McPhee, a nationally syndicated radio host and sleep expert known as the “Dream Doctor” and who helped listeners uncover the hidden meanings of their dreams, died May 8 at his home in Woodland Hills, Calif., according to a story by T Rees Shapiro at washingtonpost.com.  He was 49.

He ended his show in 2006 when he received a diagnosis of amyotrophic lateral sclerosis, a neurodegenerative disorder also known as Lou Gehrig’s disease.

On the air, he sought to legitimize dream interpretation, a field of study that he said had strayed from its roots in the pioneering work of Sigmund Freud and Carl Jung.

Mr. McPhee, a Princeton graduate who wrote his thesis on dreaming, was among the first to admit that many in the public “associate dreams with astrology and tarot cards and horoscopes.”

With his academic approach and magnetic personality, Mr. McPhee was one of the first to popularize dream interpretation to a national audience through radio, said Veronica Tonay, a University of Santa Cruz psychology professor and fellow dream expert.

Mr. McPhee, who was tall and muscular with sandy blond hair and blue eyes, easily relayed his charisma and Southern California surfer cool through the radio waves, said Tonay.