Radio Preacher: The End Begins May 21

Since the beginning of time, people have been intrigued with the end of the world.

When would the world end? How would it end? And what would become of those who were alive on the momentous date?

The topic has picked up steam in recent months, as several end-of-time prophecies have become widely discussed. 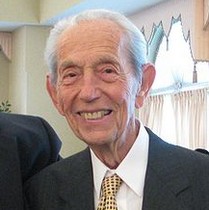 According to a story by Phil Anderson at cjoneline.com, one of the chief prognosticators is Harold Camping, the 89-year-old president of Family Stations Inc., an Oakland, Calif.-based religious broadcasting network that boasts more than 150 outlets across the United States, as well as other stations around the globe.

Along with his contention that the church age ended in 1988 and his call for people to leave organized congregations, Camping for several years has been promoting May 21, 2011, as Judgment Day.

As the date draws closer, Camping has come under increasing fire from Christian leaders who contend the Bible says no one knows when Jesus Christ will return and the world will end.

In a recent phone interview from his Oakland, Calif., office, Camping brushed aside such criticism, saying scoffers are described in Bible passages dealing with the End Times.

He also said he isn't backing down from his contention that Judgment Day will occur on May 21 — a date he said he got through his 54-year study of the Bible.


TomzTake: I wonder if Family Stations are prepping a program log for May 22nd?