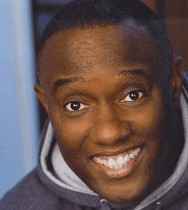 Radio personality and comedian Eddie Clark and Clear Channel Communications came to a decision to part ways on Friday following a meeting between the two sides, according to a story by Tom Quinlan at
timesunion.com.

The former co-host of 106.5 WPYX's "Wakin' Up With The Wolf" weekday morning program had recently done an interview with the Times Union which appeared in Friday's sports section and was not reported to Clear Channel Communications before it was published, a violation of company rules according to Clark.

"At the end of the day, they did what they had to do," said Clark, who said he harbors no ill feelings toward his former employer.