Cox Media Group Executive Vice President Bob Neil will retire on May 31 after serving the company for 25 years. 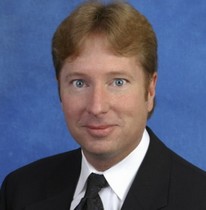 Neil was instrumental in the creation of CMG when Cox Enterprises integrated its direct marketing, newspaper, radio, and TV businesses in 2009.  Neil’s replacement will be announced in the coming weeks, and he has agreed to consult with CMG in a multi-year agreement.

“Bob has contributed enormously to the success of our CMG properties with his brilliant programming, research and content skills,” said CMG President Doug Franklin.  “His leadership over radio for 19 years is evident in the quality stations and employees we have across our network.”

For the past two years as executive vice president, Neil has overseen various radio, television, newspaper, digital and research operations within CMG.  In addition, he served as president of Cox Radio and also had responsibility for CMG Research, which under his leadership began supporting CMG’s newspaper and TV properties.

“Cox is an amazing company, and it starts at the top with Jim Kennedy, Jimmy Hayes and Doug Franklin,” said Neil.  “Being part of the CMG start-up has been a once in a lifetime experience.  It’s been a privilege to work with our folks at the best radio stations, television stations and newspapers in America.   I look forward to continuing to contribute.”