Hell Hath No Fury Like a Joe Jonas Fan 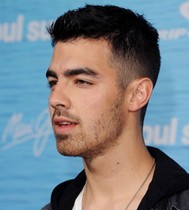 Gatecrasher at nydailynews.com reports when an insider at Hollywood Records gave Gregory Littley some scoop about the oldest Jo-Bro, he took to his Twitter account to share the info. "2 Traks from @JoeJonas are leaking this WEEK," he tweeted Monday morning via his @littleylittley account. "They sound like the love child of MGMT and Justin Timberlake."

Littley, director of new media at the design and communications firm International Office, saw his message retweeted nearly 400 times, but he also received 11 death threats from female Joe Jonas fans. They posted his unlisted phone number online and clogged his voice mail with angry messages because they mistakenly thought he was leaking the tracks.

Turns out, Littley hadn't actually heard the songs and he's told the "leaks" are really 10-second snippets that Jonas' label was intentionally putting out to test audience response.