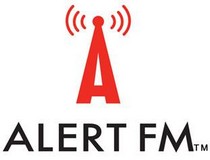 ALERT FM, the system that uses the reliable FM radio platform to deliver emergency alert text messages, helped save hundreds of lives during the devastating tornados that ripped across the South last month.

In Alabama, the ALERT FM system is deployed in 18 counties, across one-third of state. ALERT FM uses Radio Broadcast Data Service (RBDS) FM-subcarrier technology to deliver text alerts up to 240-characters to any electronic device with ALERT FM software and an enabled FM radio receiver chip.

David DuBose, Vice President and Market Manager for Cox Media Group’s Birmingham, Alabama radio stations -- a seven-station cluster that played a key role in sending ALERT FM messages to help protect thecommunity -- stated, “I know we saved a lot of folks because we are saw the posts on our Facebook page. Many people called our stations to say their power was off at their home due to the storms early on Wednesday morning before the killer tornados even touched down. They relied on our stations and The GSS ALERT FM system for vital information.”

Pickens County, Alabama, Emergency Management Director Ken Gibson confirmed that the ALERT FM system functioned exceptionally well during the multiple tornado storm warnings and without interruption–an advantage of the FM-based delivery system in contrast to cellular signals that are notorious for experiencing drop-outs from overload, most notably during high-volume usage like in an emergency.

In addition, ALERT FM can target FM-enabled devices in a single school, a football arena, or the entire country.

The deployment in Alabama was part of the Remote Community Alert Systems Program, a National Oceanic and Atmospheric Administration (NOAA) and National Weather Service (NWS) effort to provide for outdoor alerting technologies in remote communities underserved by commercial mobile services.
Posted 12:02:00 AM