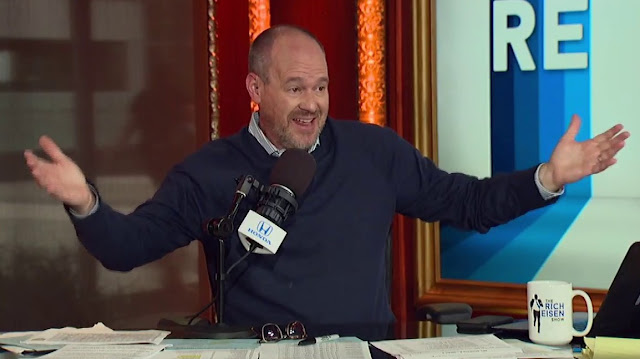 The Mightier 1090 aM (XEPRS) has announced that “The Rich Eisen Show” will be added to their ever-growing primetime lineup in anticipation of getting back on the air in August of 2020. The Rich Eisen Show will air Monday-Friday from 9:00am to 12:00pm and allows Eisen to use his engaging blend of insightful expertise with an offbeat mix of humor and pop culture while continuing to attract the most recognizable names in sports and entertainment.

“1090 is an iconic and historic station where the entire team understands the type of show we are putting out on a daily basis. I am thrilled to be moving forward with them and being part of the re-launch of ‘The Mightier 1090am’ as they are an absolutely perfect fit,” commented Rich Eisen.

The Mightier 1090’s Bill Hagen added, “This exciting move is one of the final pieces of bringing The Mightier 1090 back on-the-air. Rich and his show will be a major focal point of the station. We have created a great blend of lifestyle and sports content for this re-launch. We look forward to getting back on the air very soon.”