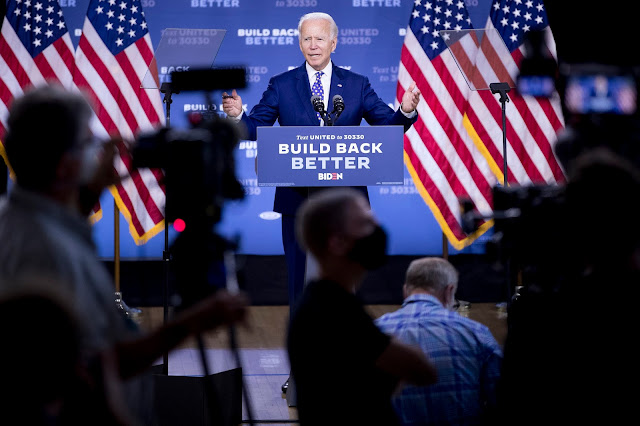 Pretty soon it'll be hard to escape Joe Biden on your television. Or your radio. Or your phone.

CBS News reports the Biden campaign on Wednesday is announcing what it says is the largest TV ad buy ever by a presidential candidate, with $220 million set aside for commercials to air through the fall and another $60 million budgeted to reach audiences digitally on social media or gaming platforms.

Biden's team is planning to reach voters in at least 15 states, with messages that feature the former vice president speaking directly to camera about the response to the COVID-19 pandemic and the resulting economic fall. 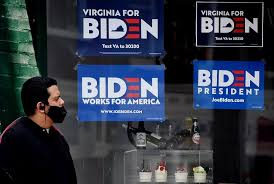 And given the 15-state reach of the TV campaign plus the buys on digital platforms, it's likely most Americans will be unable to miss at least some of Biden's advertising, either on traditional broadcast TV channels in swing states; during coverage of sporting events on cable channels; as they watch video clips on their Vevo feed; or while playing online games.

Most of all, many Americans can expect to see Biden for longer periods of time — 60 seconds, up from the usual 30 seconds for a political spot. Top Biden strategist Mike Donilion said that's designed to give voters a "fuller, clearer message."

The Trump campaign has currently reserved $147.7 million in television advertising buys across 11 battleground states beginning in September, through the general election, according to Kantar/CMAG data. More than a quarter of the advance bookings zero in on Florida, as of now.

After pausing TV advertisements for six days to re-evaluate campaign spending under new campaign manager Bill Stepien, the president's re-election bid returned to the airwaves this week in Florida, North Carolina, Georgia and Arizona — states that cast the majority of ballots early or absentee in 2016.

Biden campaign manager Jen O'Malley Dillon also promised an "unprecedented focus on voter education" in their ads."With voting in general we've seen chaos in recent primary elections and we know that our responsibility is to make sure that we give voters everything they need to be able to vote—vote early and vote safely," she said.
Posted 1:29:00 AM