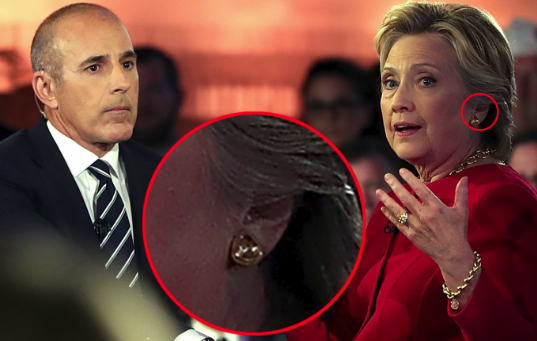 While Hillary Clinton and Donald Trump each generated headlines about comments made Wednesday night at a candidates’ forum, the buzz Thursday was more about a report claiming Clinton relied on a “micro” earbud as she fielded questions about national security — a claim her campaign vigorously denied, according to Fox News.

The website True Pundit quoted unnamed New York police sources saying Clinton was wearing an “inductive earpiece” during the NBC forum hosted by Matt Lauer. The website described the unit as the kind of tech used by stage actors in need of prompting to recite forgotten lines.

The site claimed to be quoting NYPD sources involved in the forum’s security detail. True Pundit reported that such technology could be used to receive cues from a long distance.

But Clinton spokesman Nick Merrill said what is seen in the photo is merely a reflection of the TV lights or a flash.