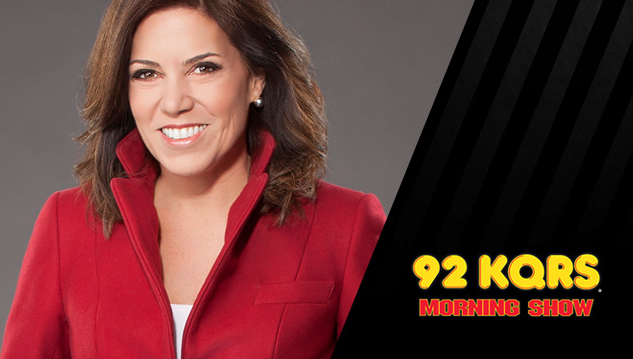 Tafoya was a part of NBC’s Rio Olympics coverage and served as a sideline reporter for NBC's coverage of Super Bowl XLVI and Super Bowl XLIX, the most-watched show in U.S. television history with 114.4 million viewers. She previously hosted The Michele Tafoya Show on WCCO News Radio in Minneapolis-St. Paul.

Barnard said: “From the first day I met Michele, I’ve wanted to work with her on a full-time basis and now I am happy to have that chance. She’s the ultimate professional.”

Tafoya said: "I'm excited to be spending more time with Tom and his cadre of pals. We've developed great camaraderie over the past couple of years. Radio is such a fun, free-flowing platform where we can talk about anything at all, and Tom makes it easy."
Posted 7:10:00 AM