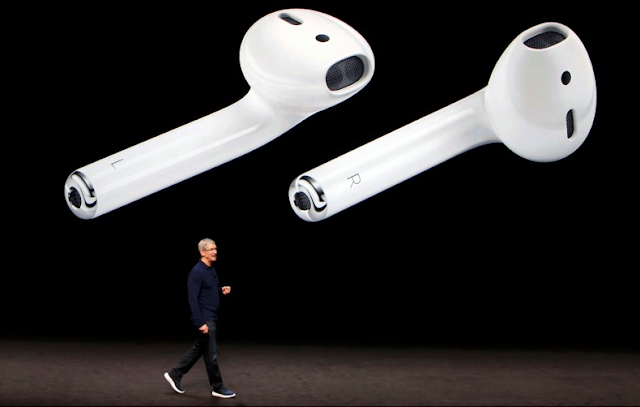 (Reuters) - The new Apple iPhone has something missing: the small socket millions of us have used for years to plug in headphones.

While some fans opposed the widely anticipated move - one online petition urging Apple to keep the headphone jack drew more than 300,000 signatures - equipment suppliers and experts heralded a change in how users will interact with their devices.

Axing the jack, they say, paves the way for discreet, bean-sized earbuds that can simultaneously translate, filter out unwanted noise or let us control other devices by voice - and drive up the value of the so-called 'hearables' market to $16 billion within five years.

It's the vision of the futuristic 2013 movie "Her", where a human has a love affair with a disembodied voice in his ear. But some who follow the industry say it's closer than many think, noting improvements in wireless technologies, materials, artificial intelligence and battery life.

"It's surprisingly close," says Nick Hunn, a UK-based consultant who works with manufacturers and a group defining the short-range wireless Bluetooth standard. 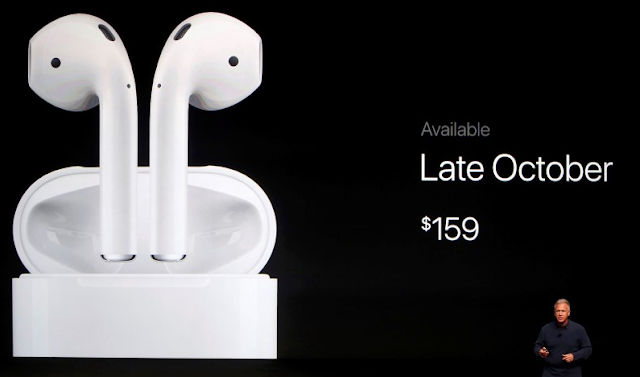 Apple justified the removal of the jack as a courageous move to ditch a 100-year-old technology and make more space inside the iPhone. It offered as alternatives a lightning cable earphone and an adapter for the old type, but touted new wireless earphones.

"It makes no sense to tether ourselves with cables to our mobile devices," said Phil Schiller, senior VP of worldwide marketing, announcing the launch of AirPods, Apple's own wireless earbuds using the firm's new wireless W1 chip, and costing $159.

"We're just at the beginning of a truly wireless future we've been working towards for many years," added chief design officer Jonathan Ive.

And that great uncabling has already begun.

Speakers were first: more than 100 million wireless speakers will be sold this year, most of them using Bluetooth, according to SAR Insight and Consulting.

The next step is to make those earphones smarter.

German wireless earbud start-up Bragi, for example, last week announced a partnership to hook up its earbuds with IBM's artificial intelligence engine, Watson. IBM said users would be able to communicate, monitor vital signs, receive and give instructions and translate from one language to another using Bragi's smart earphones.

Firefighters would be better able to hear and locate victims and colleagues, and co-workers could collaborate using both hands, said Bragi CEO Nikolaj Hviid.

"This is not about making headphones," he said. "It's about taking the user interface from your eyes and hand and having a much more discreet one when needed. It's part of a bigger puzzle." 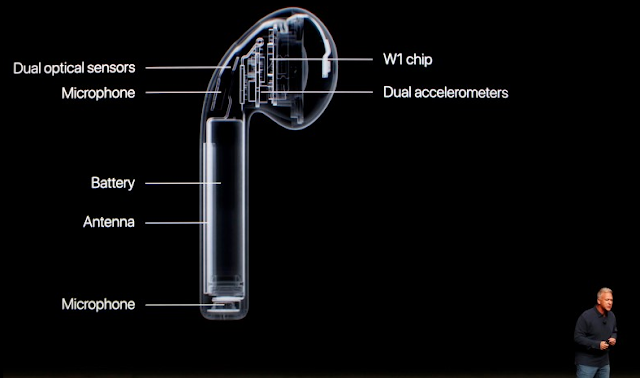 Apple pointed to improvements in its Siri voice control software, which can be activated by double tapping the AirPod.

Other major technology companies are also making strides, with Amazon.com Inc's Alexa software letting you control an Internet-connected speaker with your voice. Alphabet's Google has its own version.

Among China's technology leaders, Baidu is working on improving transcribing speech, and says its Deep Speech 2 system can transcribe English and Chinese about three times faster than a human. It says the number of voice interactions with its products has tripled since the start of last year.

Start-ups, too, are forging a path. New York-based Scarlet, funded by Samsung Electronics, this year launched an intelligent assistant app that briefs the user on relevant information based on weather, outside events and your calendar.

Valencell has focused on putting biometrics in the earbud, such as measuring the user's heart rate. Its technology can be found in over a dozen products so far, says LeBoeuf.

Bragi has worked on solving some of the problems connecting two wireless buds with a device and with each other, and wants to "bring intelligence to wearables," says Hviid.

But there are still teething problems.

Hviid says Bragi's latest earbuds, launched this week, resolve many of the issues that drew criticism in the first generation product. Others say artificial intelligence is still not there, though it's much better than even a few years ago. "Apple's AI is not ready now," says Gonzalo Tudela, CEO of Vandrico Solutions, an enterprise wearables software company. 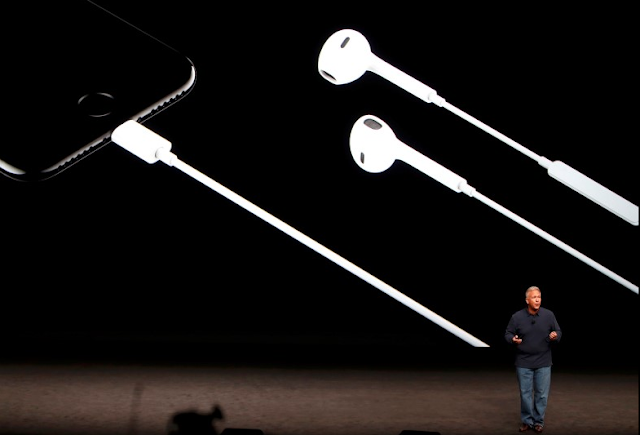 But many, including some major hardware players, sense the time is near.

Samsung last month launched its IconX wireless earbuds, which include biometrics, while Sony's Xperia Ear promises to deliver weather and message notifications via voice, and to recognize input either by voice or head movements. LG Electronics said last week it was including Alexa in its SmartThinQ Hub, a device used to connect home appliances over the Internet.

And some are already pioneering the next step - where voice commands are unnecessary.

U.S. start-up Emotiv Systems is selling a $300 headset that allows the user to control software with the mind and face. This, says David Vivancos, an adviser to the company, is part of a shift "to custom apps that learn from your usage. Your app and my app will soon not be the same."

In the "Her" movie, the operating system becomes more and more personal. "There's a case to be made for a hearable OS," says Mari Joller, Scarlet's founder and CEO, "which capitalizes on the combination of sensors, mobility, context and privacy to enable experiences that are in many ways even more intimate and powerful than the smartphone."
Posted 3:25:00 PM