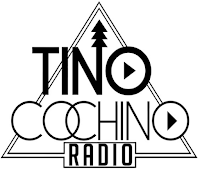 104.9 The Beat Program Director, Damon Scott commented on the announcement, “I am very excited to bring Tino back to the Lubbock airwaves.  He grew up right here in the Hub City and was The Beat’s first night host when the station launched in 2003. There has already been a ton of positive feedback from the community. Tino made a strong connection with the audience during his time in Lubbock and listeners are excited about once again hearing him on The Beat.”

“It’s an amazing feeling to be back on-air in the city where my career began. My love for radio was ignited the moment I walked out of Cavazos Junior High and saw a local station’s live remote set up. I was intrigued and never let that fascination slip away. Now; look where we are, syndicated in multiple markets, and my mom has the ability to turn on the radio and hear her only son live out his dream daily. It’s Priceless,” Tino remarked.

Tino is joined by P-L-A-Z and Milli Rodriguez. The show interacts heavily with listeners, both on-air and on-line.
Posted 3:19:00 AM