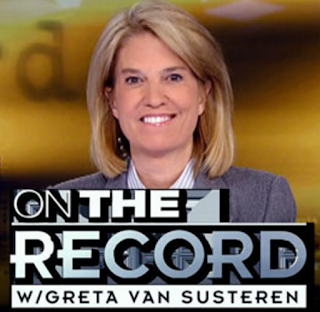 The reasons behind Greta Van Van Susteren’s departure Tuesdayremained murky, but people on both sides of the negotiations pointed to an icy meeting in July between Ms. Van Susteren and Rupert Murdoch as a turning point in her tenure, reports the NY Times.

Days after RogerAiles’s exit in July, Van Susteren met with RupertMurdoch in his second-floor office inside Fox’s Manhattan headquarters. The anchor, accompanied by her husband and agent, John P. Coale, requested more favorable terms to her contract — which was not immediately up for renewal — and cited an exit clause that allowed her to leave the network in the event that Mr. Ailes was no longer chairman.

Murdoch was not impressed, both sides say. “It was tense,” Mr. Coale recalled in a telephone interview on Tuesday with The Times.

Late last week, Ms. Van Susteren informed Fox that she planned to invoke her exit clause. But she woke up on Tuesday fully expecting to tape her prime-time show, “On the Record,” that evening. Instead, Coale said, “someone came to our house and delivered two letters” from the network. The message: “She’s out.”

It was so abrupt that a large-scale poster of Ms. Van Susteren, who routinely beat the cable competition in her 7 p.m. time slot, was still displayed outside Fox’s Manhattan building when the announcement went out. (The poster was removed later on Tuesday.)

Ms. Van Susteren had initially defended Mr. Ailes, calling Ms. Carlson “disgruntled” and saying that the timing of her lawsuit “is very suspicious.” But on Tuesday, in a farewell post on Facebook, Ms. Van Susteren wrote: “Fox has not felt like home to me for a few years.”

Mr. Coale, in the interview, echoed that sentiment. “There’s so much chaos” at Fox, he said. “It’s very hard to work there.”

Asked why his wife had exercised the exit clause, Mr. Coale said, “There’s more than meets the eye,” adding that there “might be litigation in the future.” But he provided no further details. Ms. Van Susteren, on Facebook, wrote that she had to leave the network now because of a time limit on her exit clause.

Brit Hume, a veteran Fox political anchor, took over hosting duties for Ms. Van Susteren’s show on Tuesday and is expected to continue through the election. “I count Greta a friend and I’m sorry to see her go,” Mr. Hume said at the conclusion of Tuesday’s broadcast.