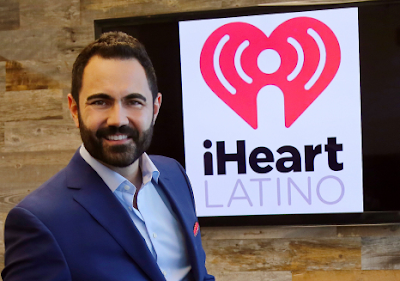 iHeartMedia announced today it has joined forces with Hispanic radio legend Enrique Santos of Magnus Media to develop an unprecedented Hispanic multi-platform initiative that will leverage iHeartMedia’s reach of more than a quarter of a billion listeners monthly. 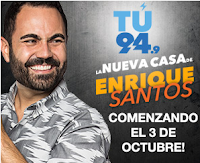 Under this new alliance, Santos will become Chairman and Chief Creative Officer of iHeartLatino, iHeartMedia’s new Hispanic platform, which builds on the company’s unique position as the number one Hispanic reach medium in the U.S. Today, iHeartMedia reaches 91% of the U.S. Hispanic population on a monthly basis — more Hispanics than any other media company, including Hispanic-targeted media companies.

Beginning in October, Santos will anchor iHeartMedia’s new Spanish-language station WMGE 94.9 FM rebranded as TÚ 94.9, which launched at 12 p.m. Friday, September 9. TÚ 94.9 will be the new home of the top rated Enrique Santos Show on weekday mornings. In addition to headlining the TÚ 94.9 lineup, Santos’ show will also be syndicated by Premiere Networks on Spanish-speaking stations across the U.S. beginning in October.

“Enrique is a one-of a-kind talent, able to communicate equally as well to the Spanish and English speaking audiences. He also has unparalleled relationships within the Latino music and advertising industries and we look forward to building on those opportunities,” said Bob Pittman, Chairman and CEO of iHeartMedia, Inc. “With the entire iHeartMedia platform and its enormous reach at his disposal, he will be able to amplify his already successful profile and talents as well as create new content and opportunities for iHeartMedia and our consumers.”

“I couldn’t be more thrilled to be joining forces with iHeartMedia at this point in my career,” said Santos. “From our very first meeting, Bob and his team impressed me with their leadership and intense commitment to serve our community as a major priority. The iHeartMedia team’s forward looking approach coupled with the company’s massive reach provides the perfect foundation for us to create the next generation of transmedia entertainment for Latinos across the nation.”
Posted 2:07:00 PM