The Jeff Fisher Show, from 6 -7 p.m. PT starting on Tuesday, September 13 will feature Coach Fisher providing his insight and X’s and O’s from the game before as well as preview the upcoming match up.

A Southern California native, Fisher was an All-American wide receiver at Taft High School in Woodland Hills. He attended USC and his team won the 1978 national championship. Fisher has coached 20 seasons in the NFL, was hired by the Los Angeles Rams in January 2012 and is entering his fifth season with team.

Joining Coach Fisher will be J.B. Long (ESPNLA Rams radio network play-by-play) and D’Marco Farr (ESPNLA Rams radio network sideline reporter). The weekly show will be LIVE from Bogies at the Westlake Village Inn (32001 Agoura Road, Westlake Village) and open to the public. The show will air every Monday from 6 – 7 p.m.PT after the premiere on September 13. 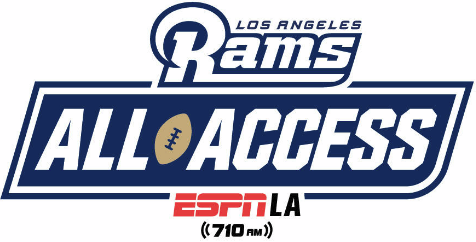 On September 8, ESPNLA will also premiere the All Access Show hosted by Long and Farr. The pair will break down the Rams’ weekly opponent and get fans ready for the upcoming game with news and notes. The weekly one-hour show will air every Thursday from 7-8 p.m. PT during the football season.
Posted 3:16:00 AM