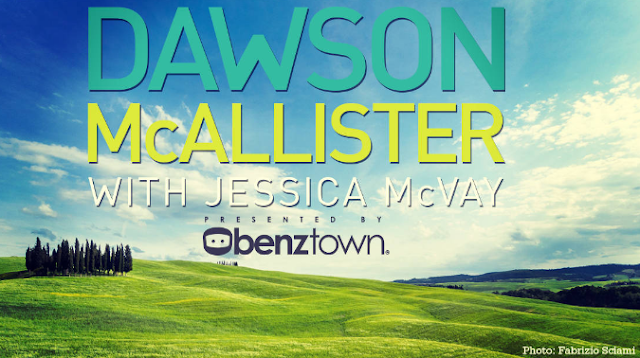 Benztown, the radio imaging, production library, programming, jingles and voice-over services company, has announced that nationally syndicated weekly talk show Dawson McAllister Live (DMLive) intervened in over 1,000 potential suicides in the month of August through TheHopeLine, setting a record for successful suicide interventions by the organization in a single month.

TheHopeLine is an off-air chat hotline created by DMLive host, internationally recognized youth communicator Dawson McAllister, where one-on-one conversations effect change in the lives of teenagers and young adults. The volume of people effectively served by TheHopeLine is significant, given that September is National Suicide Prevention Month.

DMLive is a three-hour weekly show heard on over 50 stations throughout the U.S. and Canada. The call-in talk show provides a forum where teenagers and young adults can talk about the problems they are facing, including: divorce, depression, cutting, suicide, drug addictions, eating disorders and family issues.

McAllister began his national radio show in the early ‘90’s on various Christian radio stations. Starting with only five stations, DMLive grew to nationwide distribution, and in 1994 was voted National Religious Broadcaster’s Talk Show of the Year. Shortly after the start of DMLive on radio, it became clear that radio alone was not enough to meet the needs of young listeners. Compelled by the burgeoning needs of hurting young callers, McAllister created TheHopeLine and grew the show’s outreach through affiliations across mainstream radio. Today, TheHopeLine serves thousands each month, with the objective of helping people become released from despair by offering clear thinking and right values concerning the issues they are dealing with at the time. Through TheHopeLine, HopeCoaches are available 24/7 by live chat.

TheHopeLine has over a dozen vetted partner organizations to provide longer-term care and services to those seeking help, advice and healing.

Benztown President Dave “Chachi” Denes said: “DMLive and TheHopeLine provide a lifeline and a message of hope that every community can benefit from. Dawson, his co-host Jai McVay, and DMLive  are clearly connecting with teens and young adults in a profound and powerful way, as evidenced by the number of suicide interventions in the month of August alone.”

Host Dawson McAllister adds: “There are so many teenagers and young adults who need help, and we are grateful that DMLive, TheHopeLine and our station partners are working together to provide that help when they most need it. We thank the programmers and other leaders in radio who join us every week to make a life-changing difference for people and families in communities across the country.”

For more information and to get Dawson McAllister Live in your market for cash or barter, visit http://www.benztown.com/programming/dawson-mcallister-live or contact Masa Patterson at Benztown at mp@benztown.com or (818) 842-4600.
Posted 3:04:00 AM