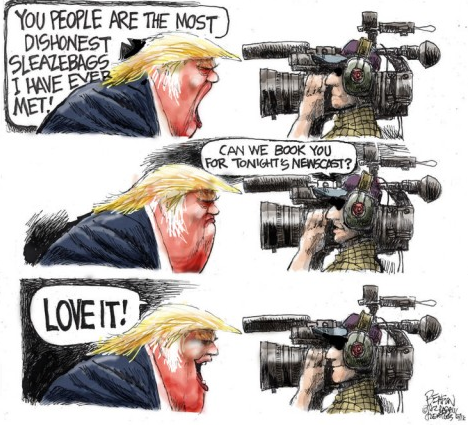 (Reuters) -- U.S. Republican presidential candidate Donald Trump on Wednesday ended his ban on press credentials for some news outlets seeking to cover his campaign events, including The Washington Post and Buzzfeed, a policy that had drawn strong criticism from press freedom advocates.

Trump's ban at times also included Politico and The Huffington Post, following coverage that was critical of him. The banned organizations had continued covering his campaign, but they could not get credentials to formally attend his events, including sitting in the media section at rallies.

Those outlets now will be able to obtain media credentials, as well as travel with other reporters covering the Republican candidate, campaign spokesman Hope Hicks confirmed.

Press freedom advocates strongly condemned such bans. Reporters without Borders said when the Post was banned in June that it was an "act of hostility" toward the media and a serious violation of press freedom.

"Revoking press credentials was imprudent, pointless and offensive from the start. We're pleased to see the ban come to a long-overdue end," Washington Post Executive Editor Marty Baron said in a statement on Wednesday.

Sam Stein, senior politics editor for the Huffington Post, said on Twitter the outlet was no longer blacklisted. "They even returned my email to confirm it," he said of the Trump campaign.

Reporters from the banned organizations had often gained access to Trump campaign events by waiting in the same lines as the general public, but they could be tossed out by members of his security team if discovered.

Trump's vice presidential running mate, Indiana Governor Mike Pence, said last month that the campaign was discussing reversing the ban, but no change had been announced before Wednesday.
"I figure they can't treat me any worse," Trump, a New York businessman, told CNN in a statement declaring the ban over.

Trump is running against Democrat Hillary Clinton for the Nov. 8 election.
Posted 3:52:00 AM