Pandora Mum On When On-Demand Service Will Launch 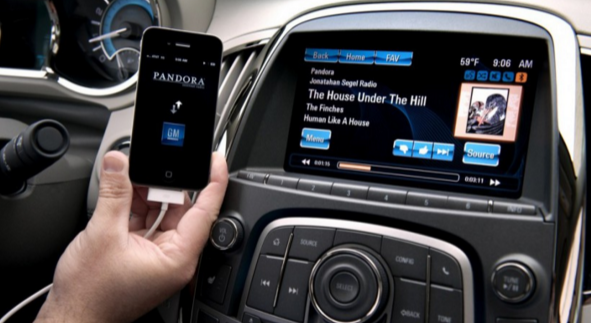 Pandora Media CEO Tim Westergren sought to assure investors Wednesday that his company, the world's largest Internet radio operator, is close to unveiling a subscription-based on-demand platform that "won't be like anything you've seen."

"We're not approaching this from a me-too mentality," Westergren said Wednesday at the Citigroup Global Technology conference in New York. "It's not going to be what's come before us."

Westergren didn't actually speak the words "Apple Music" and "Spotify," but the dig was clear, according to The Street.

The Pandora CEO has long argued that his service is a "lean-back" platform that best serves most music listeners who simply don't have the energy to program everything they want to hear.

Westergren was typically mum as to when Pandora expects to launch its on-demand service, to be called Pandora One, though The Wall Street Journal in August reported it could come as soon as this month.

He also took a jab at both of services for seeking exclusive contracts with artists for new releases. Apple CEO Tim Cook said his music platform would seeks to lock-up deals with popular musicians.

"Exclusives are a losing battle," Westergren said. "It takes innovation in the user experience, which I think Pandora is going to bring."

A big splash from Pandora could help the Oakland, Calif., company win back some of the buzz it lost after Apple introduced Apple Music in June 2015. Shares of Pandora fell steadily in the ensuing months as concern about growth -- its listenership has plateaued at about 80 million -- was heightened by Apple Music's ascent.

As for the on-demand service, the Pandora CEO said negotiations with record labels "have gone really well." Unlike Apple Music and Spotify, Pandora hasn't had to negotiate user agreements with labels given that rates for its Internet radio streaming service are set by the U.S. Copyright Royalty Board.

Westergren said Pandora sellers are talking to radio buyers who have been buying the same thing for 30 years. And he mentioned the one thing Pandora will never be able to do, be live and local and part of the fabric of every community. “Their kid plays on the softball team with the local radio rep. It’s an insular industry, and we’ve go to crack into that. But now that we’ve reached this scale, we’re really opening that up.” He says there’s no better way to understand the process than to talk to a Pandora seller who came over from radio, and has been on the job for a year.

“When we go into a market, we’ll find the best local seller, which is typically number two or three at the local radio cluster, and we can pretty much get whoever we want,” he said. “They typically take a pay cut when they come to Pandora, they go four to six months where they can’t sell a thing, and then like clockwork after six months they’re breaking open accounts, then a year and a- alf later they are making more money than they made before."
Posted 7:15:00 AM