Speculation about a format shift reached a fever pitch yesterday when news broke that Internet domain names such as 969Bostons Beat.com, 969TheBeat.com, and Power969 had been gobbled up, according to a story by Ira Kantor at bostonherald.com. 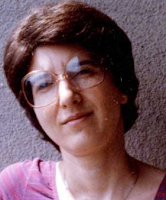 Talk radio consultant Donna Halper said radio station owners in other cities are closely monitoring the talk show format, which has become “a toxic format in some cases” for its potential to drive away advertisers.

“You’ve got to be ahead of trends,” said Halper, a communications professor at . “I am firmly convinced (Greater Media) will make things work for them and find a way to keep it around, but have a Plan B in the event they need to turn on a dime and have something that will attract a younger audience, because right now it’s not talk radio.”

Greater Media wouldn’t confirm that they had registered the new 96.9 domain names, but company officials didn’t rule out the possibility of a change.

WTKK, despite a politics-heavy lineup, had flat numbers at the height of the election — even a poorer showing than its rivals. WRKO-AM (680) was 18th in November among 25 to 54 year-old listeners — up from 19th in October. WBZ-AM (1030) moved up to 11th in November from 12th. WTKK came in 15th both months.