A longtime radio personality has passed away. 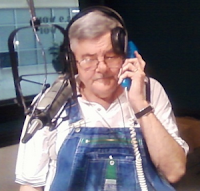 Baughman was a local radio personality/disc jockey for many years, with numerous upstate radio stations including WESC, WCKI, WFIS, WBBR, WAGI and WOLT where he hosted his “Country Earl’s Country Classics Radio Show.”  He started his career in the 1950s and continued until 2000s.

He was also known for his restaurant, Country Earl’s Stompin’ and Chompin’.   In recent years, the restaurant became less of a restaurant and more of a performance or event venue, becoming known as “Country Earl’s ” in Simpsonville.