Employees at the Sydney radio station that made a hoax call to Kate Middleton’s hospital have reportedly taken extreme measurs to protect their security, in the wake of nurse Jacintha Saldanha’s body being released to undertakers. 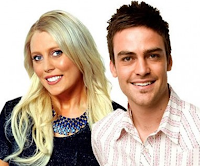 Marieclaire.co.uk reports managers at 2Day Fm are believed to have hired bodyguards as they fear a backlash from the public after the coroner’s report on the nurse’s death. Sydney Police are also investigating death threats made against station staff including DJs Mel Greig and Michael Christian who phoned King Edward VII hospital impersonating the Queen and Prince Charles.

Some reports suggest the radio hosts have been moved to safe houses for their own protection after they obtained private details about Kate Middleton’s condition while she was receiving treatment for acute morning sickness.

An inquest into Jacintha’s death held Thursday  heard that the mother-of-two was found with injuries to her wrists and three notes, two in her room at the hospital and one on her.

Detective Chief Inspector James Harman said: ‘On Friday, December 7, Jacintha Saldanha was found by a colleague and a member of security staff. Sadly she was found hanging.

‘At this time there are no suspicious circumstances.’

An investigation has been launched into whether 2Day FM broke broadcasting laws when they aired a recording of a person in conversation without their knowledge.