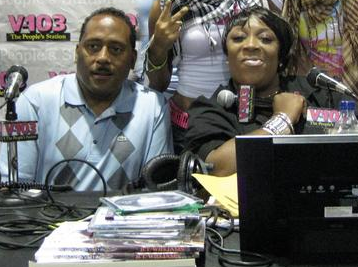 Morning host Frank Ski announced Thursday morning that he is leaving R&B/hip-hop station V-103 after 14 years. As a result, an hour later, his on-air partner Wanda Smith said she is out as well, according to Rodney Ho at ajc.com.

“We will definitely miss waking up every morning and coming into this studio and doing what we do every day,  but we know God has other plans and other things He wants us to do,” Ski said.

Ski said on air he doesn’t plan to leave Atlanta (though his Dunwoody home is now for sale for $2.2 million). He promised he will be heard again on the radio but wasn’t specific. Most personalities have a six-month “non-compete” which will keep him off the air during that time period.