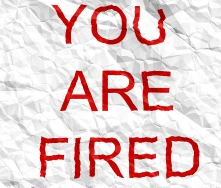 The holiday pink slip has become a sad reality in recent years, and this year Clear Channel is playing the Grinch.

The radio and outdoor advertising company laid off nearly 600 employees last week, according to a story at medialifemagazine.com.

The cuts came across its regional staff, though it did not hit New York stations, according to The New York Post.

The radio giant, which owns 850 stations in the United States, did not comment on how many people were laid off, though it did say that the job cuts would pave the way for the addition of some new jobs, presumably focused on the digital side.

Like other traditional media companies, Clear Channel has been searching for ways to transition gracefully into the digital age.