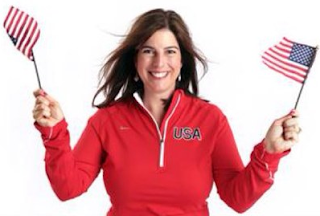 Thursday 12/19 was to have been her last day as midday personality on the CBS Radio country music station.

Her agent revealed to Robert Feder that US99 decided Tuesday to pick up the second-year option on Biondo’s contract, which allows her to broadcast part of the week from home.

Trish Biondo, who’s been a mainstay of country music powerhouse WUSN-FM (99.5) for more than 25 years and one of the most popular women on Chicago radio, appears to be on her way out as midday personality.

As Robert Feder at timeoutchicago.com reported last month, the CBS Radio station chose not to pick up the second-year option on her two-year contract. Talks followed on a possible new deal, but now comes word that Biondo could be signing off by next week.

Nothing is official yet, but look for US99 to replace Biondo from 10am to 3pm weekdays with Drew Walker, who now hosts afternoons at the station. No word on who’ll take Walker’s place from 3 to 7pm weekdays.

Jeff Kapugi, who’s been program director since October 2011, reportedly objected to the practice of allowing Biondo to broadcast three days a week from home, where she looks after her two children. Although her contract provided for the arrangement, Kapugi demanded that she broadcast from the studio each day.

Feder writes it’s clear there has to be more to the story since Biondo’s ratings consistently excelled. In the latest Arbitron Portable People Meter survey, her midday show ranks eighth among adults between 25 and 54 with a 3.6 percent share and cumulative weekly audience of 282,100.