Charlie Tuna To Wake-Up Fresno On AM 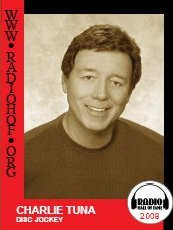 Fresno radio station KYNO 1430 AM 1430 (5kw) has been playing only music and commercials since its switch to a classic rock format in mid-November. The station will finally get an on-air voice when Charlie Tuna starts hosting a new morning show beginning Dec. 17. The show will air 6-9 a.m. weekdays.

According to fresnobee.com, the veteran on-air personality won't be in Fresno but will supply the morning talk from his base in Los Angeles where he works weekends at KRTH (FM 101.1).

"It's the syndicated show I do that runs five hours. They will be airing three hours of the show," says Tuna, whose real name is Art Ferguson. "We put the show together here, but it's customized for every station with their call letters. The show sounds really local. And because we deliver the show between 9 and 10 the night before, it's very topical."

The addition of Tuna to the lineup is another step in KYNO owner John Ostlund's move to bring back the BOSS radio format that was launched in Fresno in the early '60s. 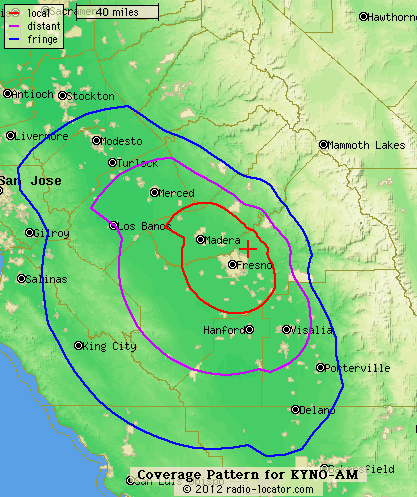 Bill Drake, program director at KYNO 50 years ago, and owner Gene Chenault came up with the idea of taking the 40 hottest songs of the day and playing them repeatedly with limited commercials. Fresno was the testing ground for the format, which became so successful it was adopted at radio stations across the country. Tuna worked at radio stations in Oklahoma City and Los Angeles that adopted the format.

The 68-year-old on-air personality, who got his start playing records at middle and high school dances in his hometown of Kearney, Neb., was inducted into the National Radio Hall of Fame in 2008.

Rick Bentley at fresnobee.com writes how Tuna got his fishy on-air name when he took the job in Oklahoma City. Tuna was told there had been some sickness at the station and the news man was forced to fill in on the weekend. Because he didn't want to ruin his journalistic credibility, he decided to use the name of the mascot for Starkist Tuna so people wouldn't know it was him. Tuna was told the show was such a hit that they wanted him to be the permanent Charlie Tuna.