A popular  radio personality has died at the age of 64. 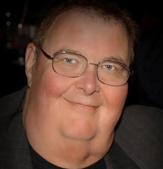 John Hill spent most of his adult life on the airwaves. Shortly after graduating from , Hill started his radio career at WJOY. In 1968, the native moved up the dial to WDOT, 's Top 40 station at the time. Hill stayed on as the station's DJ through the early 80s, eventually ending up at WCPV Champ 101.3 and coming out of retirement to do weekends at WEZF Star 92.9.

Co-workers told WCAX.com,  Hill was most comfortable behind the microphone, but describe him as the man who would light up the room.

"He was amazing; how many people are touched by somebody like John on the radio? Though a lot of them have said, I've never met him, they feel like they know him and they feel like us talking about him they're getting the whole picture of John. There are a lot of sad people out there today. There really are," said Ken Barlow of Vox AM/FM.
Posted 3:22:00 AM