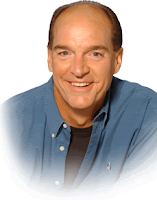 Popular Christian radio personality Frank Pastore remained in critical condition this week as he was transferred from a Los Angeles hospital to one in his hometown of Upland, officials said.

Pastore, 55, has remained hospitalized in critical condition since his motorcycle was struck by a car on the in Duarte Nov. 19, according to sbsun.com.

The radio host on KKLA 99.6 FM and former Major League Baseball pitcher, badly injured and sent into a coma after his motorcycle was sideswiped by a car in the carpool lane of the westbound 210 Freeway near Buena Vista Street, officials said.

The California Highway Patrol's investigation into the crash has been completed, CHP Officer William Bury said.

The 56-year-old Glendora woman who was driving a 2004 Hyundai Sonata that struck Pastore was not arrested or cited in connection with what was determined to be an accident, he said.