UPDATE 10:30am 12/10/12:  Southern Cross Austereo, the parent company of 2DayFM, released a statement Monday saying Greig and Christian's show had been terminated and there would be a company-wide suspension of prank calls. The DJs themselves remain suspended.

Investors wiped $46 million from the value of 2Day FM's parent company, Southern Cross Media Group, as fury over the royal phone prank scandal grew, according to a story at heraldsun.com. 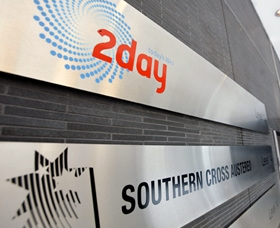 This is not the first time advertisers have fled the broadcaster, which operates other stations including Fox and MMM.

Last year up to 23 advertisers pulled the plug after presenter Kyle Sandilands made derogatory comments about a female journalist from News Limited, publisher of the Herald Sun.